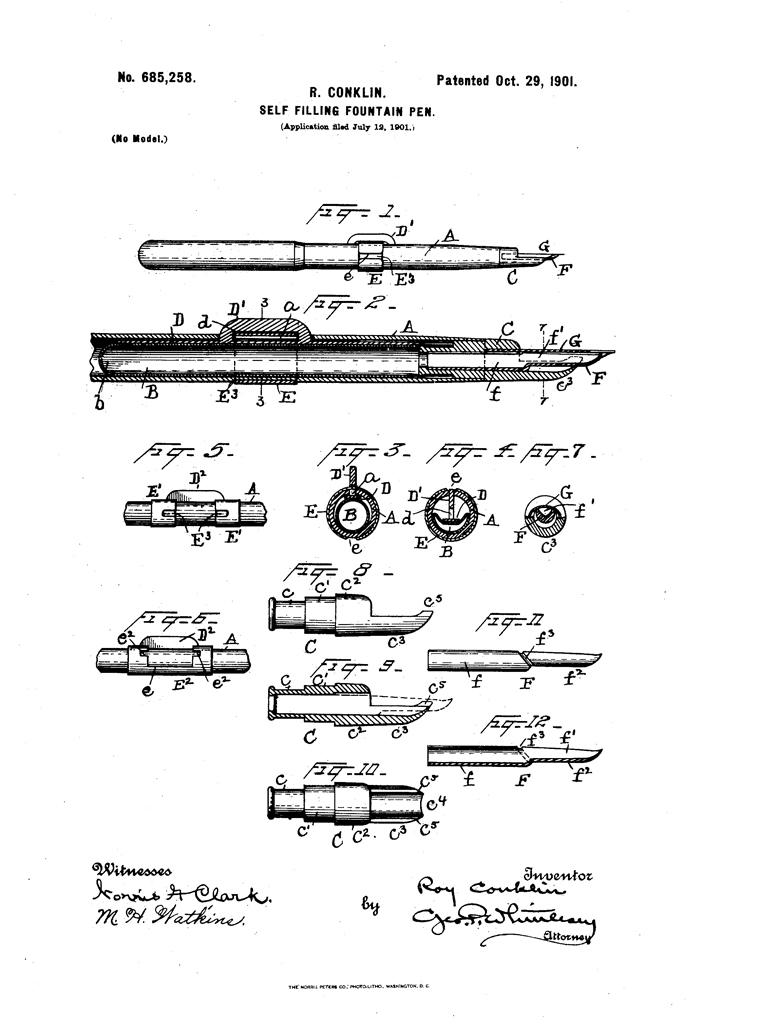 Establishing the Conklin Pen Company® as a leader in American writing instruments, the Crescent Filler™ became one of Conklin® brand’s signature pens and changed the industry forever. Founder Roy Conklin from Toledo, Ohio, patented the design for the first self-filling pen in 1897, causing his company to thrive and gain the approval of author Mark Twain, who became the official spokesperson for the Conklin® brand.

Four resin finishes honor Conklin’s history and include the Limited Edition Clear Demo, Black Chase, Vintage Green, and Vintage Blue all offering either rose gold, gold, or silver trim. Handmade in idyllic Florence, Italy, the fountain pens utilize Conklin’s groundbreaking original design that still works as effortlessly as it did a century ago. Each pen is engraved with Mark Twain’s signature along the band, and maintains the original Conklin® spring loaded rocker clip that was patented in 1916, which is the perfect addition to any pocket, jacket, or coat.

The pens have the option to be fitted with one of six signature cushion point steel nibs, available in Extra Fine, Fine, Medium, Broad, Stub, and Omniflex sizes. Between the elegant finishes and nib options to complement your handwriting, this famed collection has it all.